Den building at the Back Garden in Possil, North Glasgow on behalf of Glasgow Sculpture Studios, as part of Frog Life's environmental Wildlife Craft Fair.

Art in Nature was a workshop series I hosted as part of Creative Cargo with the Environmental Group at Lambhill Stables in north Glasgow, designing outdoor sculptures based on geometry and tensegrity structures that can be found in nature.

As part of the Commonwealth Games  Glasgow 2014 programme, I have been assisting architect, artist and urban designer Baxendale and artist Pearl Kinnear in the design and build a series of signage displays to be installed in Glasgow Green, during Festival 2014 in conjunction with Depot Arts. In the build up to the build we hosted a series of public workshops with local groups, based at Young People's Futures, Drumchapel High, the Clay Pits Nature Reserve,  and Royston Primary School, along with graphic designer Kat Louden, for young people who wished to develop skills in art, design, sculpture and architecture.

This summer sees the launch of the Creative Cargo outreach programme, with a series of workshops taking place in the North Glasgow area as part of the Glasgow Sculptures Studios ongoing programme of public events. Following the initial launch, workshops will be based on the Creative Cargo barge, which will tour along the Glasgow Canal, and will be led by GSS artist members including Beth Shapeero, Ginny Hutchison, Alys Owen and Simon Wotherington and myself.

The initial workshops have developed concepts for creating a sculptural structure and outdoor workshop/exhibtition space to sit atop the Creative Cargo barge with a select group from Depot Arts. We have also hosted workshops at Hamilton Hill nursery, The Imaginarium and GSS exploring the heritage and natural environment surrounding the canal through sculptural and artistic processes. 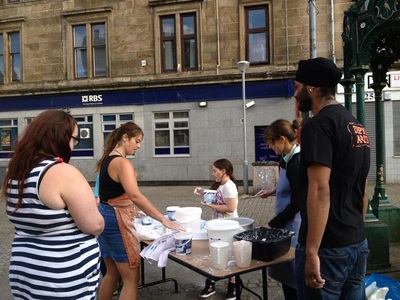 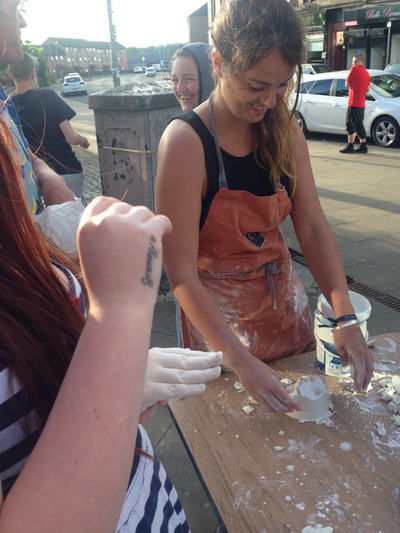 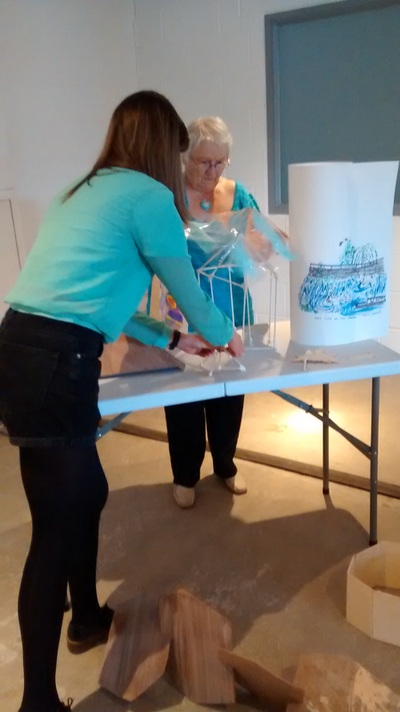 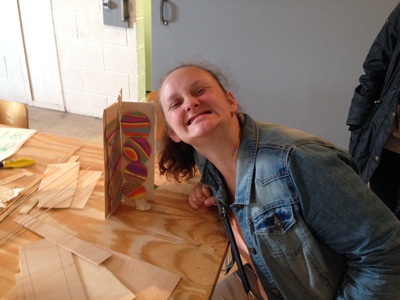 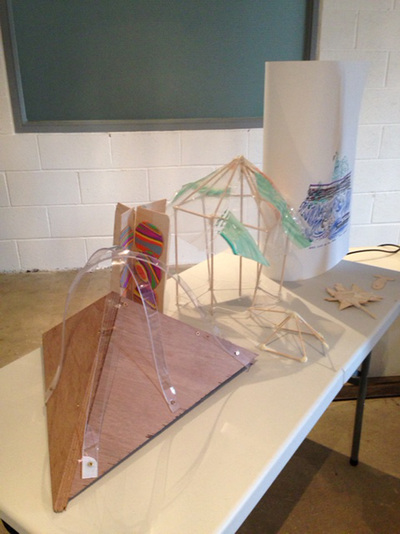 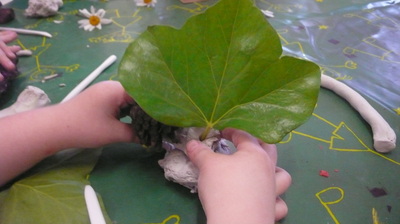 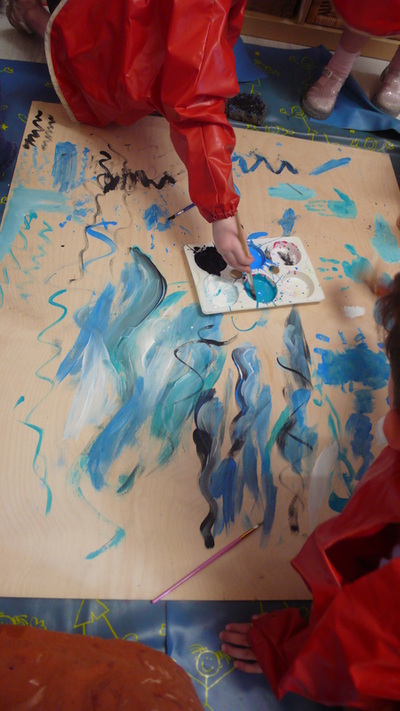 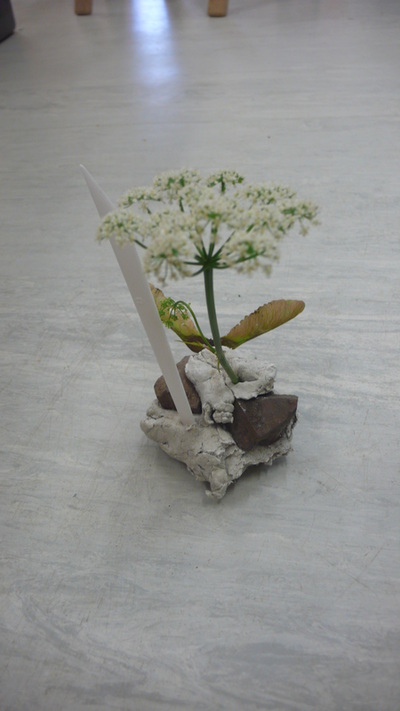 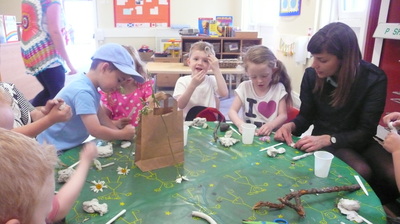 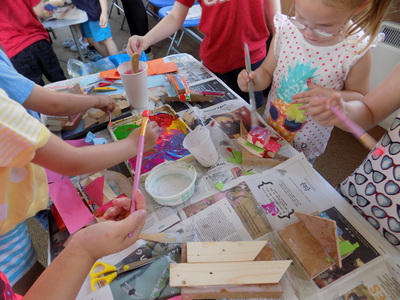 Implementing the creation of a series of sculptural prototypes for the entrance to the Clay Pits Nature Reserve in North Glasgow in conjunction with Depot Arts and architect Baxendale,  through a series of workshops based at Glasgow Sculpture Studios, facilitated by Simon Wotherington and Joseph Ingleby. 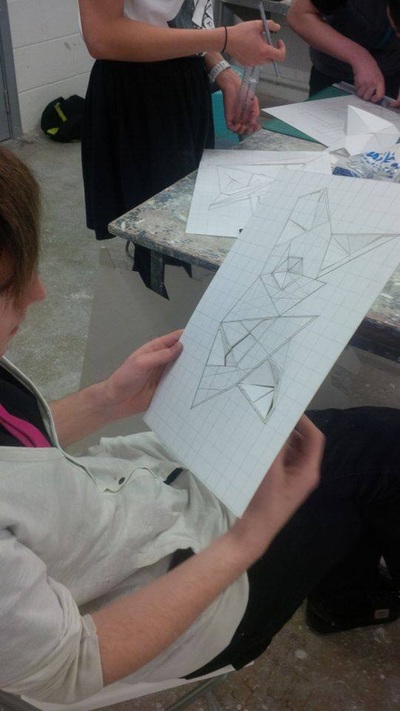 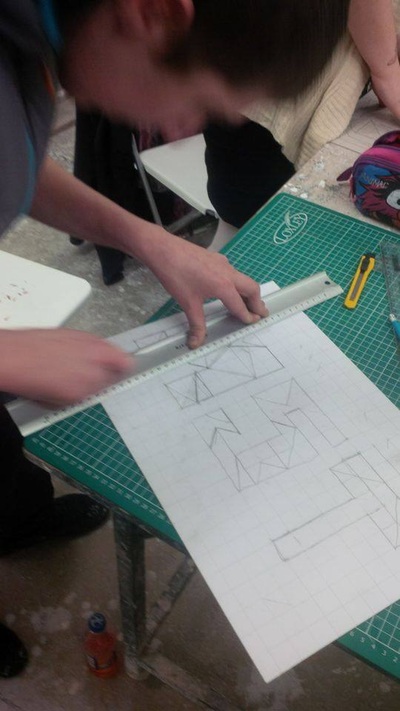 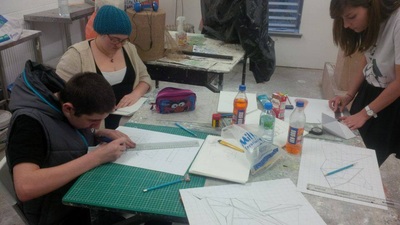 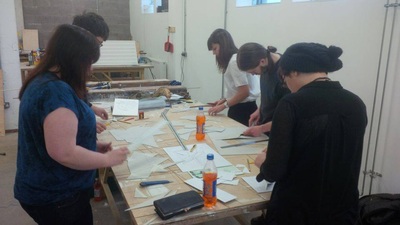 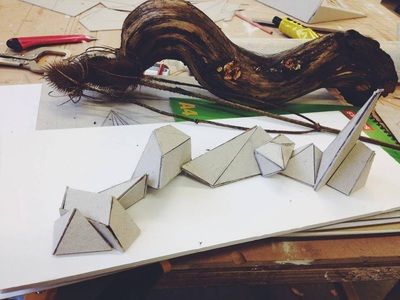 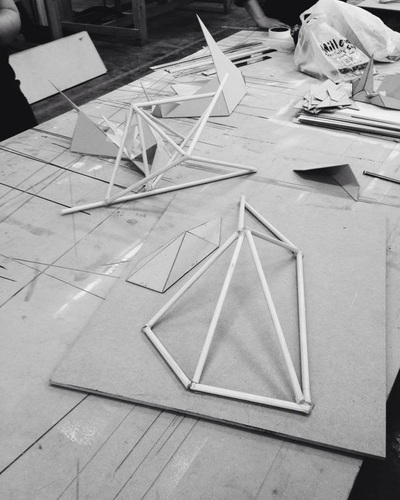 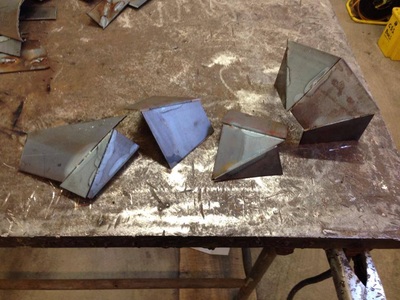 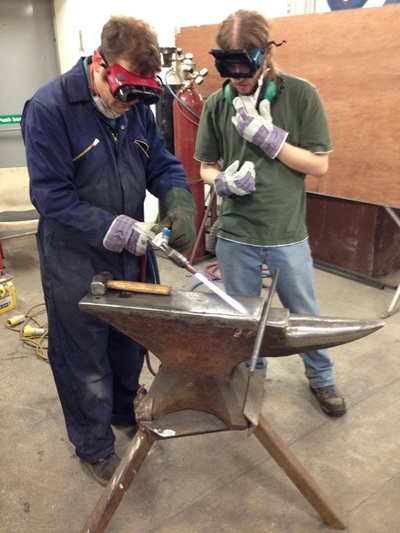 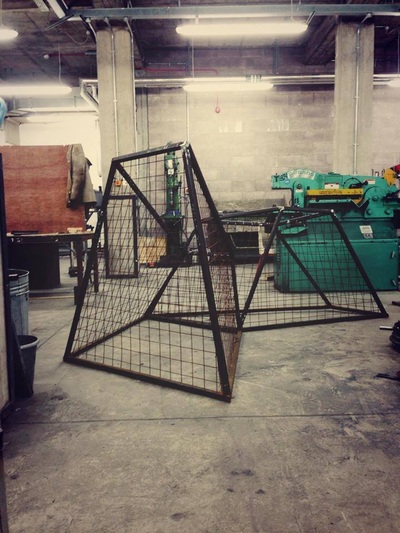 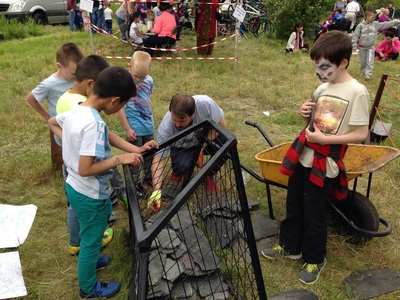 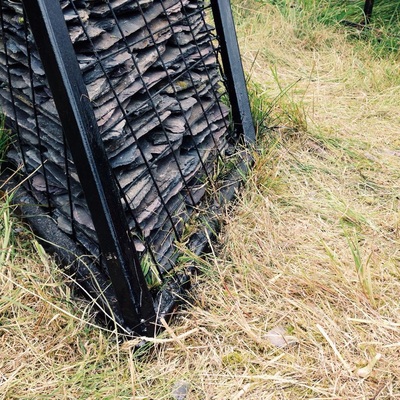 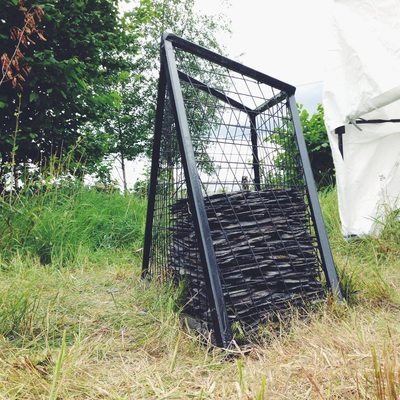 Paper-Kiln Tee-Pee Building as part of a Summer Open-Day Celebration at SSW which I organised during my post as Art Development and Administrative Intern, amongst other workshops that I instigated including weekly Life Drawing and Still Life Drawing classes which I led at SSW. 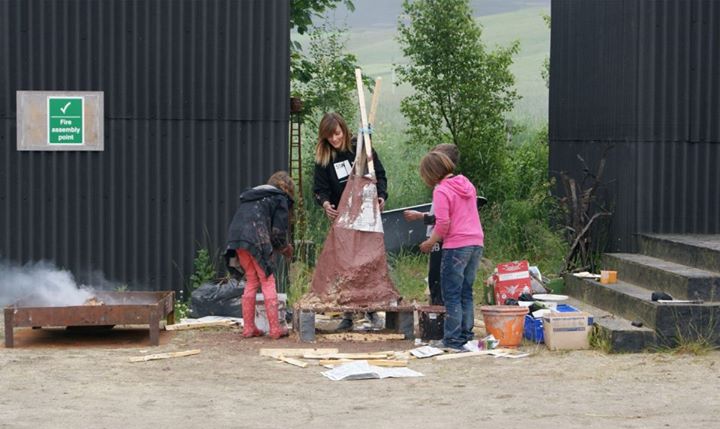 The Creative Mobile Village was part of the 2010 National Cultural Olympiad sponsored by BP, and organised in association with Peacock Visual Arts. Led by visual artist Craig Barrowman, I was part of a team which helped to structure and organise the event, including responsibilities such as: assisting with the structural and sculptural work in relation to the build of the CMV, recruiting others to work on the project as well as hosting the sculpture workshop throughout the duration of the project. We aimed to demonstrate and encourage creative improvisation for alternative and renewable energy resources and recycling within the urban landscape as well as showing the benefits and ease of more spontaneous collaborative curative pursuits within public realm. 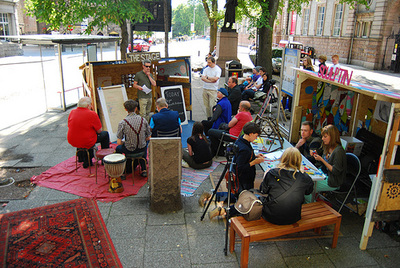 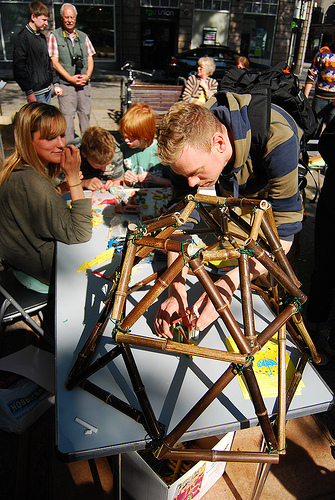 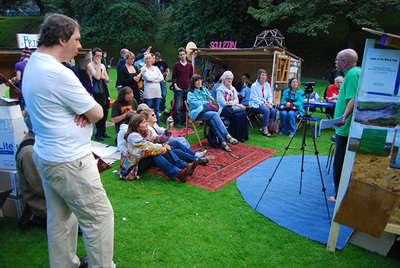 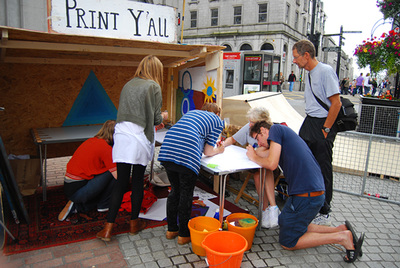 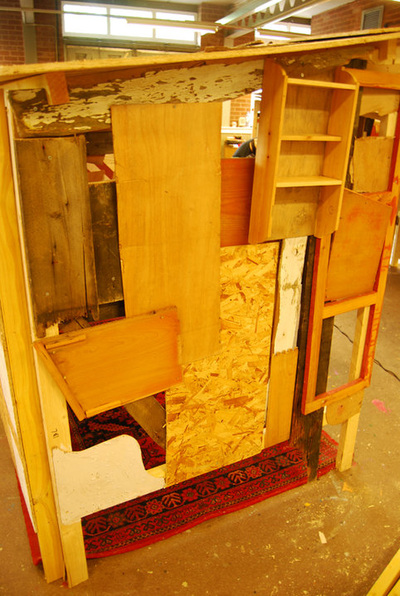 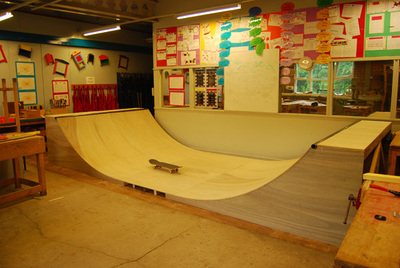 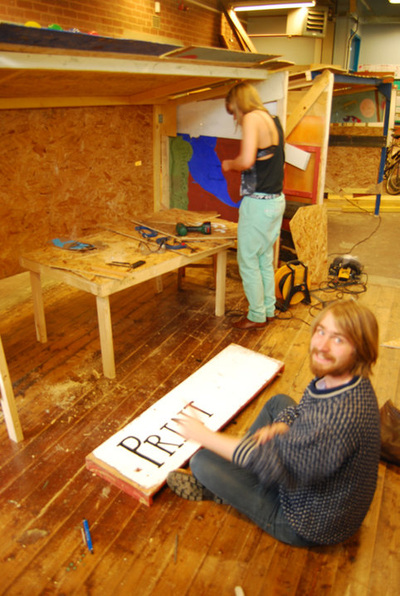